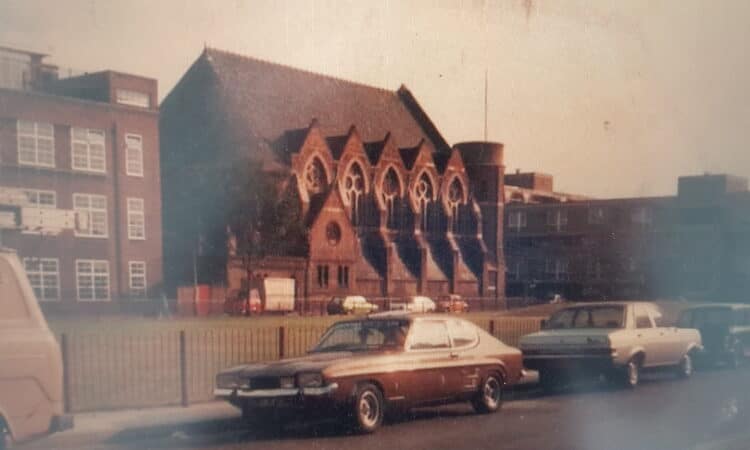 Our part of East London has a long and rich history. Our church building has been part of that since 1878 and is still a church at the heart of the community.

Our parish is located on what has been for thousands of years a main route into the City of London. This ancient route – the Roman Road – from Essex across the River Lea is reflected in part of the parish’s name: ‘Old Ford’. In medieval times, a bridge was built over the Lea near Stratford to replace the ford, and its distinctive shape influenced the area’s name. Bow appeared in the Canterbury Tales as ‘Stratford-atte-Bowe’.

In the hundreds of years since, the main Essex Road has shifted half a mile to the south to what is now the A11, just outside of our modern parish boundary.

By the mid-nineteenth century, Bow – the country village and day-resort from the metropolis – had been swallowed up in the relentless urban growth, and became known as the heart of the East End of London. Bow became associated with the manufacturing industry, a legacy which survives in some of the area’s buildings: the vast Bryant and May match factory, for example, now converted into flats. And the Chisenhale veneer factory, now a dance studio and art gallery. 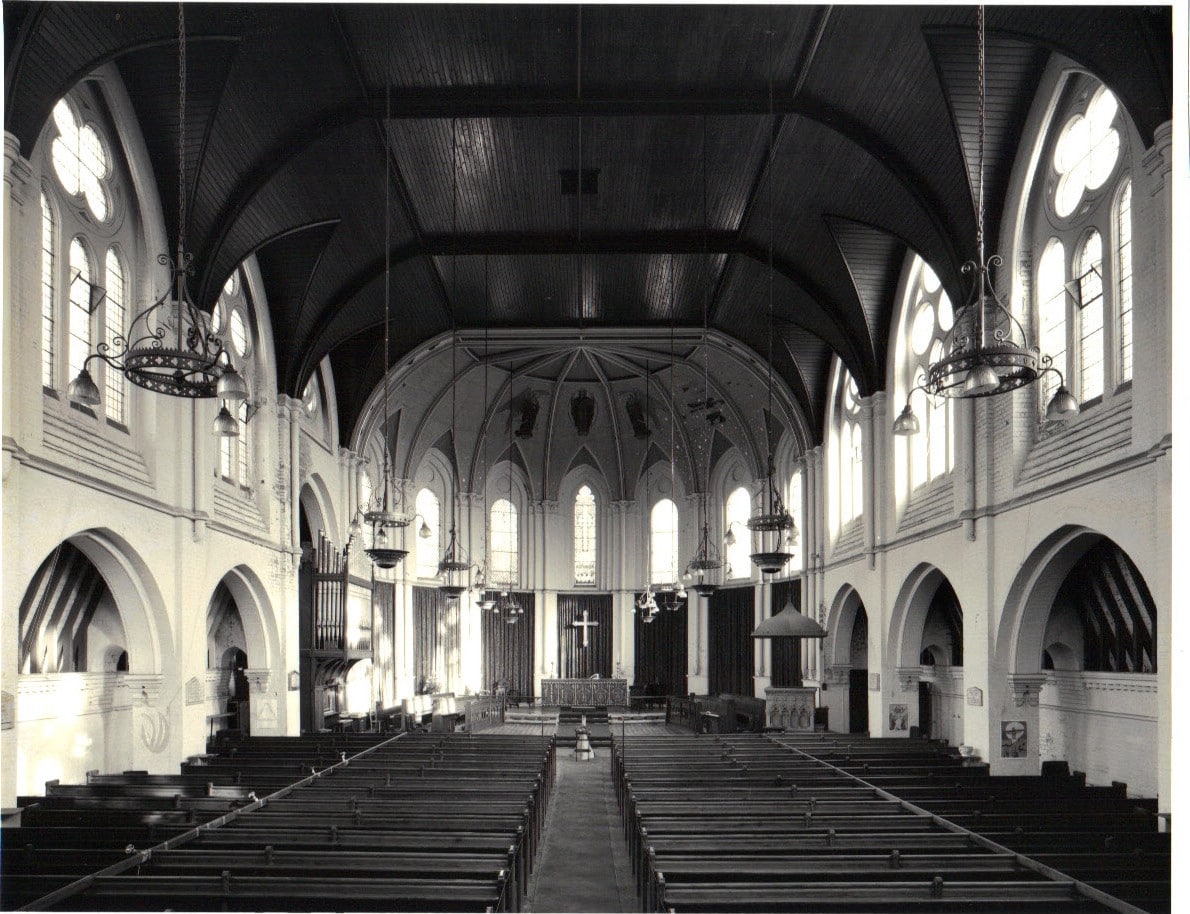 The St Paul Old Ford building was opened in 1878, as part of the Victorian church building programme, when many new parish churches were created in London. Since the church has been here, its vicars and congregation have been on the forefront of the church’s ministry to the people of Bow. This often involved advocating on behalf of the poor of the parish, and raising money for food and other essentials.

The parish’s proximity to London’s docklands made it a target for German bombing during the second world war, with large parts of the area’s Victorian and Edwardian terraces being destroyed. Many displaced East End families would never return. Postwar reconstruction from 1950s to 1970s focused on building high-density high rise dwellings in large council estates. Many people in Bow live in those that remain standing.

In 1976, the parish of St Paul Old Ford was merged with the neighbouring St Mark’s. St Mark’s church, which stood at St Mark’s gate of Victoria Park, was bombed in World War 2 and rebuilt in the 1970s as part of a housing development. The building is currently used as a Montessori nursery.

By the 1990s, the St Paul’s church building was derelict, with plants growing from the walls and rainwater coming through the roof. It was closed in 1991 due to safety concerns and the small congregation relocated to nearby St Mark’s church.

Old fridges and freezers and car tyres were dumped in the church. But the congregation and local community remained hopeful that the building would one day be re-opened. Local volunteers made huge efforts to clear the rubbish so that occasional services could be held in the church even before the refurbishment was done.

In 1999 a project called ‘a New Heart for Bow’ was started to revive the church into a modern space for the whole community to use, with a vision that it could be used every day of the week. The vicar worked hard to persuade the diocese, that the building and congregation had an alternative future at St Paul’s Old Ford.

Unfortunately, the parish didn’t have the resources to support the project, so it took several years to raise 3.5 million pounds needed. Renovation works began in 2003 and were completed in May 2004. St Paul’s was then handed back to the people of the parish. 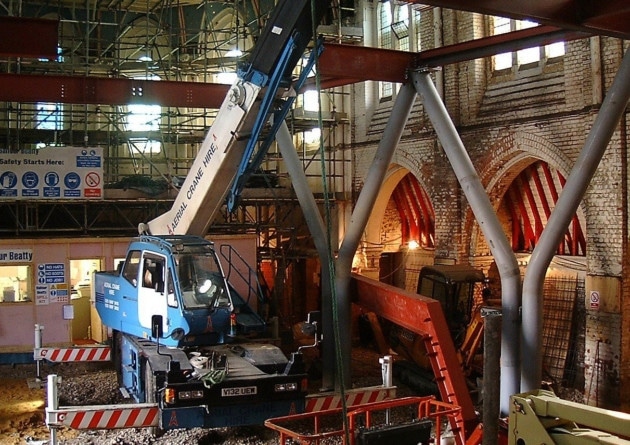 The church was transformed inside. Matthew Lloyd Architects had come up with a scheme to insert a steel frame into the nave and create a boat-like structure which is now known as ‘the ark’, which included three floors of multi-purpose spaces on the upper floors of the church. In the past the space has been used as an art gallery and a dance studio. Currently, it’s a classroom for the education mentoring charity IntoUniversity and in the attic space above, a new floor was created for a specialist gym run by Ability Bow.

The organ is the original one from 1878 when St Paul’s was first built. It survived the time that the church was derelict despite being left uncovered. It was boxed up when the restoration work was done.

The painted ceiling (fresco) had suffered badly from rainwater which had come through the leaky roof. So scaffolding was erected so that specialists could have access to it. They discovered that the fresco had been painted on wooden boards covered with Victorian lino. Using tiny brushes and specialist paint they carefully restored the central panels.

The bell tower used to be a place where pigeons loved to nest, until the architect came up with the idea of inserting a floor to make it into a useable room. Today it’s used as a room for midday prayer, therapy, and one-to-one or small meetings. The bell can still be rung.

Until 2003, no-one knew the space on the current top floor was there because it was hidden by a false ceiling. If you look at the brickwork on the main west wall you can see where the white paintwork ends, and the unpainted brickwork begins. That’s the line of the old ceiling.

The small congregation that returned in 2004 has grown to around 150 people. Today the church’s vision is for St Paul’s to be a place where people find physical, mental, emotional and spiritual healing. Welcome and hospitality, and worship and prayer, are central to St Paul’s mission. 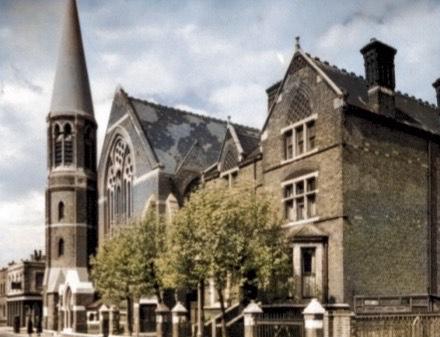